The Special Regime of Reinstatement of Tax Amounts for Export Companies (REINTEGRA) is a tax benefit launched on August of 2011 as part of a Brazilian Government Plan (Plano Brasil Maior). Such benefit is applicable to the export companies of manufactured goods that qualifies in the conditions of the content of the national regime, can do the reinstatement of federal taxes in the production chain through the application of a percentage predefined on export revenue.

The provided solution by UP TRADE Consulting – Software Reintegra, developed from the recognized and awarded software of by its own professionals, experienced and capable.

Brazilian exporters are legally entitled to use or to transfer the State ICMS tax which is excluded from their exports to foreign countries. This right is granted by Complementary Law 87/96, known as Law Kandir.
The amounts corresponding to the ICMS tax exclusion may be assigned to other ICMS taxpayers and may also be used as currency for payment to suppliers.
The purpose of the law is to relieve exports from local taxes and help Brazilian exporters to compete abroad.
However, Brazilian exporters may end up with more ICMS tax credits than they may use internally in offsetting their ICMS tax debts deriving from sales in the local Brazilian market.
As these credits are equivalent to cash, they would be entitled to assign and transfer their credit rights to other ICMS taxpayers. However, some State Governments raise obstacles to the use or to the assignment and transfer of such ICMS tax credits. One of such obstacles is the imposition of a time schedule for the use of the credits rather than accepting its immediate use.
Concerning taxpayers that have excess ICMS tax credit, some state laws establish options that allow the taxpayer to transfer its credits. In the state of São Paulo, for example, the state law offers three options for the taxpayer that has an excess of ICMS tax credit to use the tax already paid (instead of offsetting same with ICMS debt), namely:
• Transfer of ICMS credits to any of its affiliates or offices established in the state of São Paulo
• Transfer the credits to an interdependent company, as defined by the law, or
• Use the credits to pay suppliers of raw materials and/or certain fixed assets.
• Other state laws may establish other options for the use of ICMS credits.

Through Decree No. 26883 of 07.07.2004, published in the DOE-PE 08.07.2004, the Governor of the State of Pernambuco, considering the need to establish an average monthly minimum payment of ICMS (Vat Tax) for central distribution of cosmetic products, regulated standards applicable under the Program for Development of the State of Pernambuco (PRODEPE) as present in this commentary.

The Program Development Company Santa Catarina – PRODEC aims to give incentives to the implementation or expansion of industrial enterprises, which will produce and generate employment and income in the state of Santa Catarina. This is an incentive, by way of funding, equivalent to a predetermined percentage of the value of the GST to be generated by the new project. The PRODEC’s nothing more than working capital financing, long term and very low cost.

Pro-Employment Program was established by Law No. 13,992 of February 15, 2007, and regulated by Decree No. 105 of March 14, 2007. It aims to generate employment and income in the territory of Santa Catarina through differential tax treatment of the VAT, is designed to encourage businesses considered of relevant socioeconomic located in this state or that it will install itself.

Specifically in the State of Sao Paulo, since January 2014, companies holding a credit balance should calculate the accrued credit, exclusively by means of applying ordinances CAT 83/2009, which institutes costing system and CAT 26/2010, which determines that information must be presented in digital archives, observing the instructions contained in the Annexes of the aforementioned Ordinance, in accordance with the electronic system of accumulated credit management for accumulated tax credit, called “Electronic System of Accumulated Credit Management – e-CredAc”, available on the website of the Treasury on the Internet, at the address http://www.fazenda.sp.gov.br.
The validation and approval of accrued credit balances, in the form stipulated by the Treasury, are fundamental for the company to be successful in having its credits recognized.
Once the accrued credit balance has been recognized, the company may use it in accordance with the rules laid down by the ICMS Regulation, such as transference to a subsidiary company or even to suppliers, provided that the rules laid down in the Regulation of each Federal unit are observed.
However, there is a further hypothesis of transference to non-subsidiary companies, the authorization of which by law must be granted by the Treasury Secretariat.
This last possibility, laid down in law, is a mechanism, at the disposal of taxpayers having a credit balance or accrued credit, which gives their credits greater liquidity and thereby preventing from having a negative impact on its operations to the extent where it is considered to be a cost.
As has been seen, ways out of this problem do exist, but they are narrow, unknown or little used by the companies which systematically accumulate ICMS credits, without sufficient draining.

It is necessary to tailor a solution for each type of operation profile and credit balance.

UP TRADE performs a complete analysis of all forms of administrative claims of PIS COFINS (Social Taxes) Special Procedures Not Cumulative Contributions such as:

This way the development of PPB is a negotiation process involving the company concerned, potential domestic suppliers and, for certain products, competitors within the same segment.

In setting the PPB, the government seeks to mark out the following guidelines or indicators: amount of investments made by the company to manufacture the product, engineering and technology development site used; level of jobs to be generated if there is the possibility of exports the product being promoted, level of investment in R&D, employees whether there will be displacement of production within the national territory on account of tax incentives, and ultimately affect whether or not investments in other companies in the same industries due to rising competitiveness generated by tax incentives. 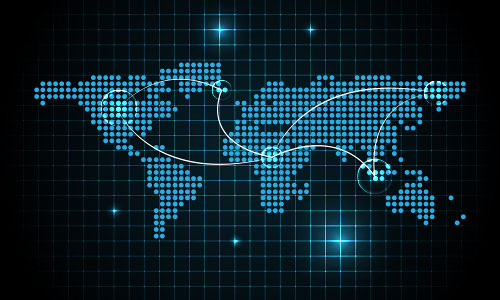